It contains herbs that help reduce coughing caused by variety of reasons. It is most effective with irritating or dry cough. Thanks to its pleasant taste it is popular with children. 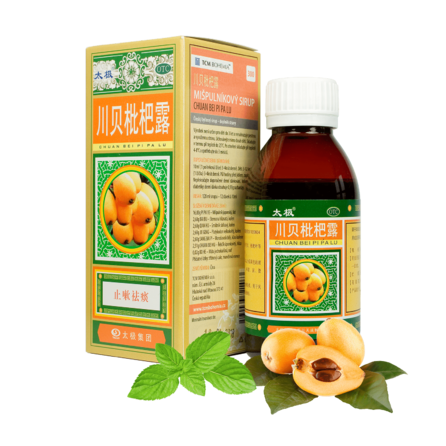 It contains herbs that help reduce coughing caused by variety of reasons. It is most effective with irritating or dry cough. Thanks to its pleasant taste it is popular with children.

In stock (delivery within 3 days)
pc

Add to cart
Order by phone

In stock
Add to cart

This popular syrup made according to an ancient recipe is composed of herbs that stop coughing caused by variety of reasons. In addition it is recommended for sore throat, hoarseness, painful vocal cords after long talking or singing, bronchitis with clogging, and the inability to cough, for chronic cough with difficult expectoration, such as smoking. It is most effective in irritating cough with difficult expectoration of dense mucus or dry, non-productive cough. Thanks to its pleasant taste it is suitable especially for children. Eriobotrya japonica leaves are the most well-known natural cough remedy in Asia. In the treatment of coughing and mucus, we strongly recommend interrupting the consumption of sweets and dairy products. The main ingredient of the blend is the leaves of Eriobotrya japonica. This native tree is popular in Asia, especially for its sweet fruits, similar to small pears. The tree flowers in winter and the fruits ripen in spring, similar to cherries. The jam from fruit is a special treat for children. These fruits resembling golden pears are displayed on the syrup packaging. Even his leaves are not lagging behind. It is one of the best-known herbal cough drugs characterized by its anti-inflammatory effect, helping also with drunkenness and depression. Because only one herb is rarely used in Chinese medicine, more ingredients are present in the syrup such as cane sugar, which is considered to be a common partner to Eriobotrya japonica in recipes for cough. Other herbs contained in the syrup help to bring complex effect on coughs of various origin - debridement, anti-inflammatory effect, airway regeneration and warming, reduction of coughing or even gag reflex.

Chuan bei pi pa lu syrup is dietary supplement. It is not recommended for children under age of 3 years. Do not exceed the recommended dose. This product is not meant as a substitute to a balanced diet. Store at a temperature 5-25 °C out of reach of children.

Under current EU legislation, we are not allowed to publish information about herbs and herbal remedies that may give the customers an impression of the health or therapeutic effect of herbs – although herbs have been used as a medicine for hundreds of years and help millions of people with their health problems. We are not allowed to mention the effects of herbs, which have been proven by scientific research, unless the drug is not authorized by pharmaceutical company.

Do you want to share with others with your experience? Write us

What will the product help you with?

What the composition is composed of

Why would you try Phyto products?

The payment is comfortable and safe. Delivery within three business days.

Upon purchase, contact our expert and make a converse with your dosing and, if appropriate, advise on your other difficulties.

With long-term use, your price will fall due to ours loyalty program.

In stock (delivery within 3 days)
pc

You could also order by phone or e-mail: 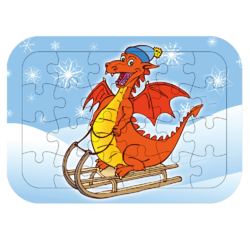 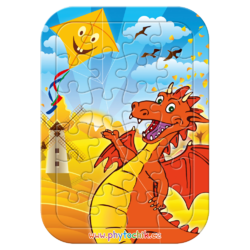 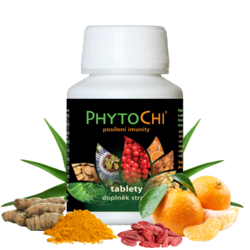 Well balanced, natural herbal product made from Chinese herbs for people of today’s…

Product added to your cart